The History of Country Dancing 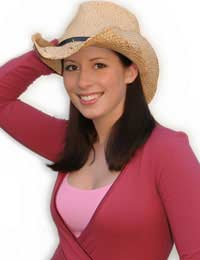 While 'country dance' might evoke visions of ten-gallon hats, pointy boots, and barns strewn with hay, its roots can be traced back to the English countryside and the early French courts. In fact, the folk dances seen today on either side of the Atlantic probably appeared in their earliest forms at a time long before such traditions were recorded. Country and social dance is a tradition that has been used by communities for centuries to celebrate, unify, and define the culture.

It is possible that the first recorded mention of line dancing, or contra dance, is found in the 18th song of Homer's Iliad, where he describes a dance done in two lines of men and women. But there are two later texts which dance historians look to for the most reliable description of early country dances. The first of these is Raoul Auger Feuillet's Orchesography, written in France in 1705. In it, Feuillet not only describes the courtly dances of the period, but also uses a method of written notation which allows the dances to be recreated. The second text is John Playford's The English Dancing Master. First published in 1651, it contained music and instructions for all the English Country Dances and continued with subsequent editions published into the eighteenth century. English Country Dance, as recorded in Playford's volumes, was rediscovered and revived in the early 20th century by Cecil Sharp, who compiled traditional songs and dances from throughout England and the Appalachians.

Most experts agree that all forms of modern country dance are in some way derived from the traditional English Morris Dancers. Performed in teams of six men, Morris dance required highly trained athletes. Famously, the Shakespearean jester Will Kemp did a Morris dance for nine days, traveling from London to Norwich. The energy and music used in Morris dance carries over to countless other dance traditions, including some kinds of contra dance. The term 'contra dance' comes from the renaming of the English Country Dance when it reached the courts of France. The French called it 'contredanse', meaning 'the dance of opposites', since a long line of women stood opposite a long line of men. The French refined the movements and when it crossed the Channel again, it brought with it the quadrille, which consisted of a new formation in which two couples faced one another. The quadrille might, in fact, be considered the earliest form of the square dance.

When the Europeans colonised North America, they brought their dance traditions with them. The English Country Dances developed a strong following in the New England states, while the quadrille-inspired formations became popular in the Southern states. As these traditions spread further, the Americans added their own flair to the dances. They developed the 'swing', which involves two partners linking arms and circling one another. This was the greatest American contribution to country dance and distinguished the American style. The Americans also popularised the tradition of 'calling', or shouting out a set of instructions to the dancers. This was a departure from the English traditions, in which a lead couple was required. Now, all couples were able to dance in unison, regardless of their position in the line or on the floor. In the modern era, line and square dances in America diverged as club-style square dancing became popular. While both forms of dance still exist, they have altered in such a way that they are now more easily distinguished and use different styles of music.

Today, on both sides of the Atlantic, country dances can be seen from the small towns to the big cities. While the tradition is strongly maintained in the western states of the U.S., it is just as important to communities in Europe, with countless organisations and individuals dedicated to its preservation and growth.