Home > Dance & Education > A History of the Royal Academy of Dance

A History of the Royal Academy of Dance 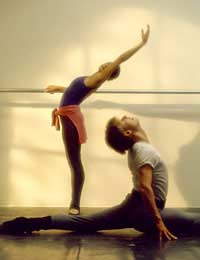 The Royal Academy of Dance is one of the most prestigious places to study at for any aspiring dancer. And even though it has a royal charter from the UK monarchy and the Queen is its patron, its reach extends far and wide beyond the confines of the British shores. In fact, the Royal Academy has presence of some kind in 79 countries across the globe. Like many dance organisations, in the UK in particular, the academy has a long and illustrious history and has taken on many guises in its time.

In 1930, the standard of teaching of dance in the UK was poor or non-existent. But there was a great love of dance and a great appetite for dance among the people of the country at that time. So, a group of professional dancers who had noticed this anomaly got together to form the Association of Teachers of Operatic Dancing in Great Britain. These professionals were not just from British shores, in fact, the opposite was true and they came from across Europe, all with the same aim – making dance teaching in Great Britain of a good and recognised quality.

With such an eminent group of professionals coming together as was the case with the association, it was only a matter of time before it started to rise to national prominence. In addition, it remained the only organisation of its kind. And so, not long before the end of King George V’s reign, it was granted a royal charter and this was also the cue for it to change its name to the Royal Academy of Dance.

The royal connections do not end there though. In 1953, following the death of Queen Mary, Queen Elizabeth was appointed the patron of the academy, and it followed this up by gaining charitable status some ten years later.

It was now clear that the Royal Academy of Dance was the envy of the world and it was time to open up outposts elsewhere in the world, with the first one being in Australia. It was also expanding in the UK though and grew to such a level that a full degree began to be offered for those who wanted to make a career out of their passion. Since these times, the academy has gone from strength to strength. And although it is the biggest organisation of its type in the world, standards continue to be rigorously high.

Now, as well as training dance teachers themselves, the academy takes part in a whole host of other dance-related activities. There is a wide ranging and varied children’s programme which is given considerable time and attention, as the academy focuses on its duty to the top dancers of the future. There are more courses available to those who want to teach dance than ever before, and the membership reaches so far beyond the original stated aims of the founders, that could they see now what they have achieved, it is safe to think that they would be pleased with the result.

Dance Summer Schools: Are They Worth It?

A History of the Royal Ballet

A History of Sadler's Wells
Share Your Story, Join the Discussion or Seek Advice..
Hi My daughter is a 2nd year dance student in London (degree level). She would like some urgent help with writing dance essays. She had an A in English, Dance and a B in Performing Arts at A level but needs someone to focus her on the writing side of dance. She is a talented choregrapher but is losing her way and would appreciate some help!! If you know of anyone can you let me know??? I have spent hours on line but to no avail!!! Thanks lin
too old - 13-Jan-13 @ 9:43 AM
Title:
(never shown)
Firstname:
(never shown)
Surname:
(never shown)
Email:
(never shown)
Nickname:
(shown)
Comment:
Validate: