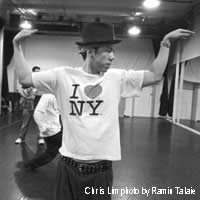 Robot King Tut, Scarecrow. No, they’re not your collection of old Halloween costumes. They’re a few of the signature dance moves that have grown out of the tradition of a dance style known as ‘electric boogaloo’. Perhaps most famously, electric boogaloo includes popping, a style of dance in which the dancer tightens his or her muscles to create a jerk in the body, often complimenting the rhythm of the music. Today, we see popping everywhere, from music videos to street dance battles. But where did popping originate? Is it a particular movement or can it be used as a blanket term? Here, we explore popping and the way it’s infiltrated our culture.

In the Beginning, There Was Sam

In 1976, Sam Solomon of Fresno, California, better known as Boogaloo Sam, started a dance troupe called The Electric Boogaloos. The Boogaloos specialised in a series of movements that Sam himself had perfected. Inspired by another west coast group called The Lockers, Sam used the movements of Chubby Checker, James Brown, and cartoons to create a whimsical and impressive style of dance. His style was ultimately comprised of two parts: Boogaloo, which combines sharp angles with fluid movements and isolations, and popping. These two kinds of dance make up electric boogaloo. Though many argue that popping and robotting was already being done on the streets in the Bay Area in the 1960’s, most agree that it was Sam and the Boogaloos who perfected and popularised these dances. In fact, it was Sam’s repetition of the word ‘pop’ when he flexed in a dance that ultimately lead to the term ‘popping’.

Sometimes, all of the funk styles of the 70’s are collectively referred to as ‘popping’. Technically, this is incorrect. Popping is the specific dance in which the body is made to pop, or ‘hit’, on certain movements. However, popping is often mixed with other street and funk styles to add variation and interest to a performance or battle. When popping is done with locking, waving, floating, or another funk style, it’s more accurately called pop-locking.

Since popping is often done in battles, dancers over the decades have created ways of making the movements more impressive so as to outdo their opponents. The result has been a series of illusionary skills that dancers must master. One of these techniques is ‘strobing’. In strobing, the dancer halts his or her body quickly and regularly as they execute an otherwise fluid movement. This creates the effect of a strobe light on the dancer. ‘Animation’ is a similar technique. Again, dancers use strobing but in doing so, attempt to look like a stop motion animated character being seen frame-by-frame. In ‘vibrating’, not only does the dancer halt a set of muscles but tenses them such that the audience can see a trembling or reverberation. Popping done with vibrating is less sharp, but makes the dancer look more robotic and less human, which can impress the audience. ‘Tutting’ or ‘King Tut’ is when the dancer uses his or her body (usually legs and arms) to make geometric shapes and right angles.

In addition to Boogaloo Sam, many poppers have gained fame in the dance world. These include ‘Boppin’’ Andre Diamond, Michael ‘Boogaloo Shrimp’ Chambers, Stefan ‘Mr. Wiggles’ Clemente, Nam ‘Poppin’’ Hyon Joon, and David ‘Elsewhere’ Bernal. These dancers continue to make appearances, dance before audiences, and judge competitions. Popping continues to flourish on the battle scene, usually sponsored by local dance clubs or professional poppers. Battles are where popping is not only practiced, but revolutionised by new dancers who put their own spin on traditional popping techniques. Dances like the robot or moonwalk, which are now universally famous, began in popping competitions. Separate from locking and breakdancing, popping is a unique funk style that continues to wow audiences and inspire dancers’ creativity.