The History of Ballroom Dancing 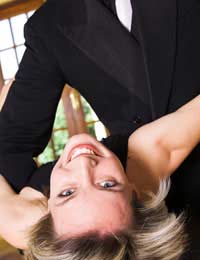 Because it includes so many different dances and styles it is difficult to link ballroom dance to a single history. Each dance encompassed within the genre has its own origins and an independent historical journey.

Generally speaking, however, dancing in couples has been around for centuries. And although the rise in popularity of competitive ballroom in recent years has narrowed the scope of what we often consider ballroom dancing to be, in reality and historically ‘ballroom dance’ refers to any kind of formal social dancing done for recreation.

Going to the Ball

Ballroom comes from the term ‘ball’, which was a lavish social event with dancing. In fact, ‘ball’ comes from the Latin word ‘ballare’, meaning ‘to dance’. Although ballroom dancing has now been standardised and categorised internationally, this was not always the case. In past centuries, ballroom dances were specific to their own regions and were done to mark celebration or social class, rather than to compete. Ballroom dances may have at one time included historical dances like minuet, quadrille, polonaise, pas de gras, and mazurka.

In modern ballroom, couples maintain a closed or open ‘hold’. Since most social dances are unchoreographed, a hold allows one dancer to lead the other. A closed hold, which is required in most standard dances, requires five points of contact between the two dancers - three points of hand contact, the lady’s left elbow on the man’s right, and contact on the right side of the chest. Ideally, the lady’s arms should be held horizontally, making it easier for the man to lead and giving the couple a regal look. The ‘closed hold’ descended from the courts of Western Europe. It probably saw its origins around the 1500s, when men carried swords on their left side. As a result, ladies danced on the right of the man. In making turning, the men traditionally took the inside of the circle, to avoid hitting the surrounding audience with their sword. Also, ladies could not promenade backwards as the length of their skirts would become caught beneath their feet, As a result, couples promenaded anti-clockwise, which is why modern ballroom dances progress anti-clockwise around the floor.

Here are the origins of some of today’s ballroom dances:

The 3/4 rhythm of a waltz is said to have first appeared in Provence, France in 1559. It also became popular in a form of Italian folk music called ‘the Volta’, which was also a dance including turns. The Volta spread to the Western European courts in the 16th century, though its music later changed to five counts. The ‘Waltzen’ appeared in Germany in 1754. The word meant ‘revolve’ and it was later called the German Waltz and was adopted by the English aristocracy.

A variation on the Viennese Waltz, the modern waltz is a slower version which evolved in America around 1834. It was originally called the ‘Boston’.

The tango is derived from an earlier dance called the ‘Milango’. This was a marriage between Flamenco and other Spanish folk dances, the African Tangano, and the Haberna, a Cuban folk dance. These dances merged when they reached the Americas in the late 19th century.

The slow foxtrot is a variation on the quicker One Step or Two Step, which was popular in the Victorian era and carried over to the nightclubs of New York in the early 1900s.

The quickstep, a fairly new dance, is derived from the popularisation of Ragtime music in the 1920s and dances such as the Charleston, the Shimmy and the Black Bottom.

Ballroom dances are now classified and standardised according to styles and levels. However, many of the dances we do today maintain the spirit of their history in some ways. As social dance continues to grow and change, we will doubtless see the resonances of our own culture appear in the dances of the future!