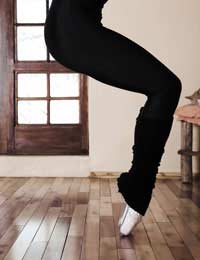 Modern dance has a history of rebelling against the structured confines of ballet and the restriction of music movement and space. In fact, the desire to shed the constraints of classical dance gave rise to the concept of modern dance in the early 20th century, which was known as ‘free dance’. Dance is a form of expression, and is therefore inextricably linked to art. Modern dance maintains a close relationship with modern art, and may be considered, in fact, to be art.

Art may take a visual or audible form, be it tangible or intangible, from painting to light installation. There is much debate over what may be considered art, and it is not always well received by the public. In this way, ‘art’ is an abstract term that may never really be defined, but in some ways it is this very elusiveness that defines it. Art may be considered an expression, or a statement, and in some ways a form of communication. Modern art challenges our ideals of beauty and representation, encouraging us to think outside the realms society dictates as ‘normal’.

The History of Modern Dance as Art

The pioneers of Modern dance created artistic expression in the form of dance, through their overt rejection of the traditional. They challenged popular consciousness through an avant-garde approach to movement. Isadora Duncan was a pioneer of free dance, and created an improvisational style of expressive dance far removed from the rigidity of ballet, performed to classical music. Her goal was to abstractly represent her emotional response to the music. Loie Fuller used dance to represent natural phenomena like plants and animals, through improvised movement, whilst another early pioneer, Ruth St Denis used elaborate costumes and lighting to explore ritualistic Asian religion.

In the late 1920’s Martha Graeme began to experiment with new forms of choreography, focusing on the breath pulse, and the expansion and contraction of the torso. Doris Humphrey used gravity as a defining feature of movement, exploring the concepts of fall and recovery, balance and imbalance. Both these choreographers shocked and angered the audience by devising stark, intellectual performances that challenged popular notion of dance as beautiful and graceful.

The third generation of choreographers like Merce Cunningham then began to challenge the traditions of expression and representation developed by their predecessors and so the rebellion continued! He created dances that expressed no theme or emotion and did away with the concepts of fall and recovery, expansion and contraction. Modern dance began to challenge the concepts of space and music; could be viewed from any angle, and steered away from choreographic patterns towards chance and the unexpected.

The pioneers of Modern dance paved the way for abstract expression and subversion which choreographers continue to build upon today. Themes of contemporary life such as gender, power, sexuality and the body are explored through movement, sound, space and visual effects. Today Modern dance and art maintain a closer relationship than ever as audiences become more accepting of performance art. Modern dance has become a realm in which all the tools of artistic expression can be integrated visually and spatially; where boundaries are blurred and notions of the acceptable are challenged.